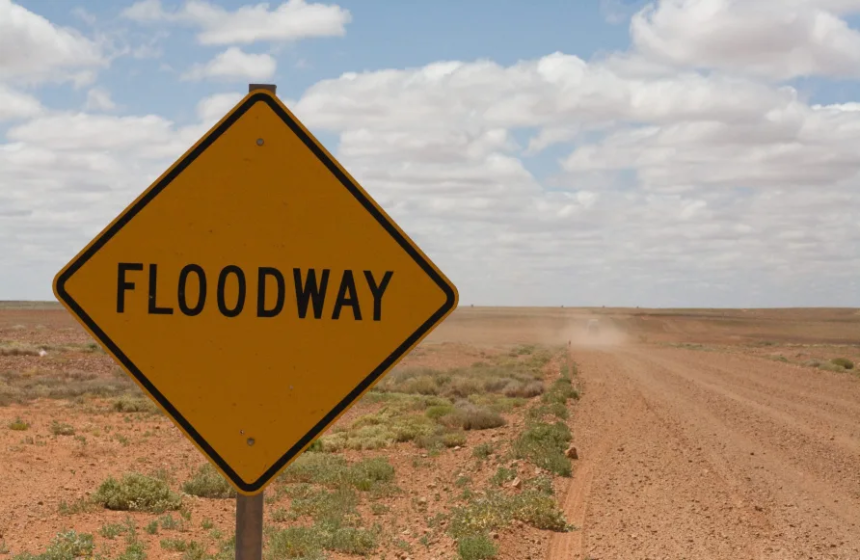 Across large parts of Australia and the world flood magnitudes have decreased while rainfalls have increased. Our recently published research explains this apparent paradox: soils (or antecedent conditions) are becoming drier before it rains, meaning that, when it does rain, the soil is able to soak up more of the rainfall reducing streamflow.

We analysed streamflow from 213 Hydrologic Reference Stations across Australia and matched this streamflow to catchment average rainfall from AWAP and catchment average soil moisture from AWRA-L using AWAPer. Events were sampled based on their rainfall magnitude to ensure independence from antecedent moisture conditions and trends in climatic variables were extrapolated to rare events using quantile regression.

On average extreme rainfalls are increasing, however, the same cannot be said for floods. For events such as those that we expect once a year, flood magnitude is decreasing across Australia on average at rate of 15% per decade because of drier soils. However, the relationship between changes in rainfall, streamflow and soil moisture varies with how severe the event is. For the most extreme events, such as those that we expect once every 50 years, the rainfall increase outweighs the change in drier soils with the change in flood magnitude similar to the rainfall increase.

Figure: Average trend across all sites for rainfall, streamflow, and soil moisture plotted against the Annual Recurrence Interval of the peak rainfall. Units for the y-axis are %/10Y for peak rainfall and peak flow and mm/10Y for soil moisture. The thick lines are the mean trend for all sites analysed. The shaded intervals represent a one standard deviation range of the trends. See Wasko and Nathan (2019) for further details.

While we can expect the largest floods to increase with climate change, smaller floods may decrease due to drier soil moisture conditions. The result is decreased flow pulses into aquatic systems and reduced inflows into our dam storages while the threat of extreme flooding increases. In urban areas where pavements dominate and there is no pervious covering for water to soak into the soil, floods will increase as a response to increased rainfall extremes. But in rural regions of Australia such as Victoria and Western Australia where mean rainfalls have declined and temperatures have increased, we may see decreased flooding as a result of climate change.