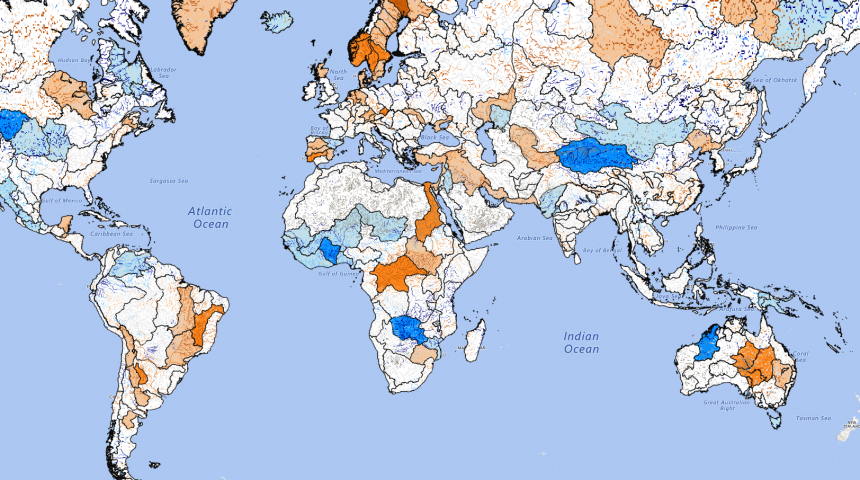 My PhD research looks into how we can provide earlier indications of flood hazard at the global scale. One way of doing this is through seasonal forecasts of high (or low) river flow. Seasonal forecasts are designed to provide an early indication that a given variable, in this case river flow, will differ from normal in the coming weeks or months.

While many operational centres produce seasonal forecasts of meteorological variables, operational seasonal forecasts of hydrological variables, particularly at large or global scales, are few and far between. Over the past couple of years, I’ve worked with scientists at ECMWF (the European Centre for Medium-Range Weather Forecasts) and the University of Reading to develop an operational global-scale seasonal hydro-meteorological forecasting system: GloFAS-Seasonal. This blog post talks about why we implemented such a system, how it works, the new forecast products it provides, and a brief summary of the initial evaluation. 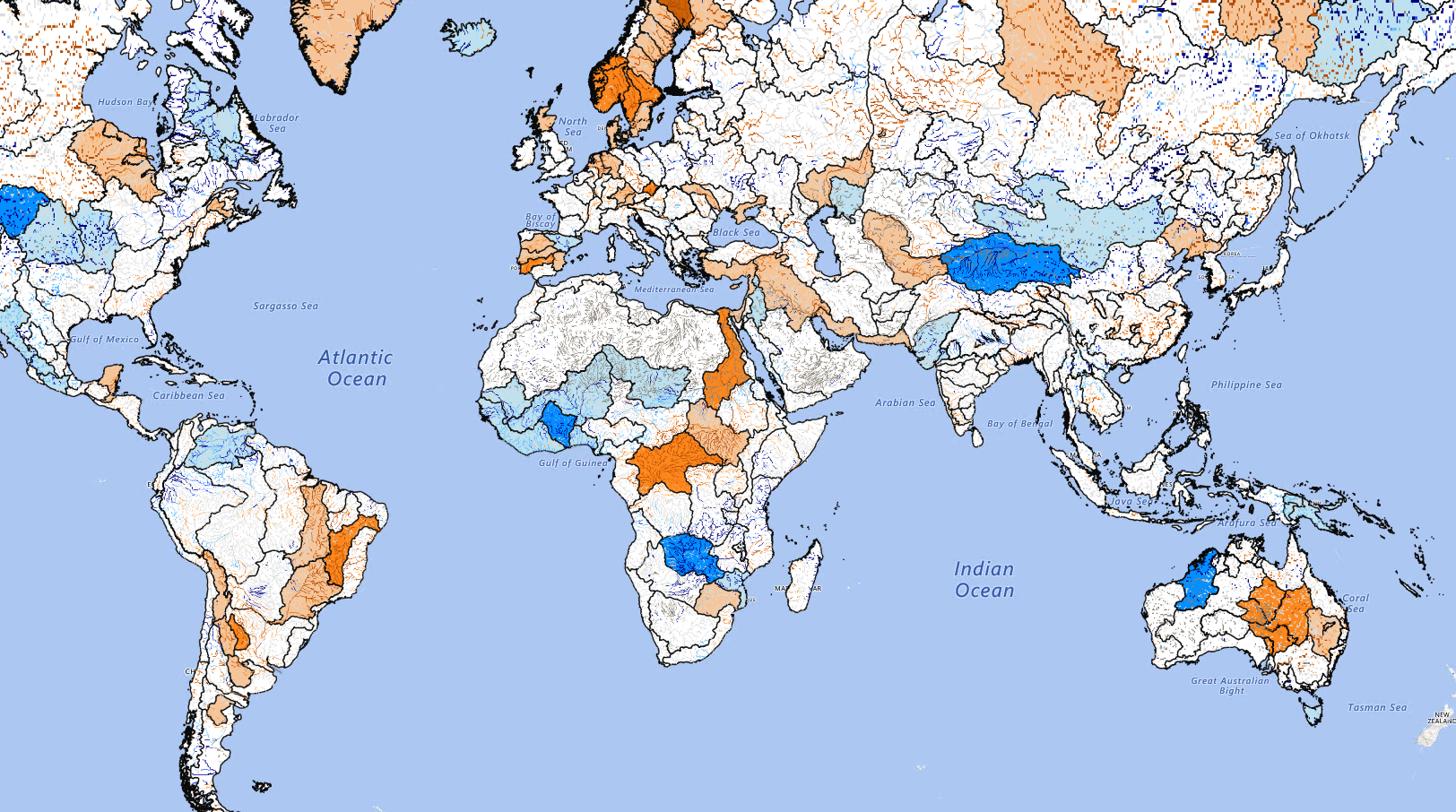 Why do we need a global-scale seasonal hydro-meteorological forecasting system?

Global overviews of upcoming flood and drought events are key for many water-related sectors, from agriculture and water resources management, to disaster risk reduction. The Global Flood Awareness System, GloFAS, is produced by ECMWF and the European Commission Joint Research Centre (JRC) as part of the Copernicus Emergency Management Services. Since 2011, GloFAS has been providing openly available flood forecasts up to 30 days ahead for the global river network. Providing even earlier indicators of high and low river flow could be beneficial not only for disaster preparedness initiatives, but for organisations working at the global scale, and for regions where no other forecasting system exists.

While it may seem like a natural next step to produce global-scale seasonal hydro-meteorological forecasts, combining seasonal meteorological forecasts with a hydrological model, this is not a simple task. Not only are there complex geographical variations in rainfall-runoff and river regimes across the globe, but extensive computing resources are required to run the models and efficiently process and store huge volumes of data.

Global-scale medium-range forecasts of river flow have only become possible in recent years due to the integration of meteorological and hydrological modelling capabilities, alongside improvements in data, land-surface hydrology modeling and increased computer power. The recent move towards the development of coupled atmosphere-ocean-land models means that it is now becoming possible to produce seasonal hydro-meteorological forecasts for the global river network.

How does the new GloFAS-Seasonal forecast system work?

GloFAS-Seasonal uses the runoff forecasts from ECMWF’s latest seasonal forecasting system, SEAS5, which includes the HTESSEL land surface scheme. HTESSEL computes the land surface’s response to atmospheric forcing, but doesn’t simulate the movement of water through the river network. So, we use the surface and sub-surface runoff variables as input to the Lisflood river routing model, which simulates groundwater processes and routes the water through the rivers. We also ran ECMWF’s latest reanalysis, ERA5, through the Lisflood model to produce a river flow reanalysis product – which we use as the initial conditions to start the Lisflood model for the forecasts. GloFAS-Seasonal forecasts have 51 ensemble members at a 0.1o spatial resolution, and are produced once per month.

The seasonal outlooks are designed to provide the likelihood of high or low river flow in the coming months, and so for each forecast, we calculate the probability of the weekly-averaged river flow forecast exceeding a high or low flow threshold for each week out to 4 months, for every grid point with an upstream area >1500 km2. The high and low flow thresholds come from the 80th and 20th percentile of the reference climatology – for which we use 18 years of GloFAS-Seasonal reforecasts.

The GloFAS-Seasonal forecasts are provided as three new Seasonal Outlook forecast layers in the GloFAS interface, and are free to view and use at www.globalfloods.eu. The new layers are designed to provide a global overview of the likelihood of high or low flow. The basin overview layer indicates the average probability of high or low flow for 306 major world river basins – where orange indicates that low flows are likely, and blue high flows – and the darker the colour, the higher the probability. The river network layer provides further detail at the sub-basin scale, colour-coding the model river network according to the probability of high or low flow. Finally, the reporting points layer provides points throughout the river network at which additional information is available, showing an ensemble hydrograph for the 4-month forecast horizon, and persistence diagrams indicating the weekly probabilities for the current and previous 3 forecasts. New forecasts are released on the 10th of each month.

The initial evaluation of the GloFAS-Seasonal was designed to assess the ability of the forecasts to predict events of the correct category, i.e. high or low flow events. By comparing 17 years of reforecasts to observations of river flow at stations around the globe, we tested whether GloFAS-Seasonal  is able predict high and low flow events, with the correct timing – a test we refer to as “potential usefulness” (see Arnal et al. 2018). The initial results are promising, indicating that the forecasts are potentially useful up to 1-2 months in advance in many rivers worldwide, and 3-4 months in advance in some locations. We also tested the forecast reliability compared to observations, and overall, the forecasts are more reliable than a forecast of climatology, although they do have a tendency to be over-confident at higher probabilities. As would be expected, the potential usefulness and reliability vary with location, forecast lead time and season – there are instances where forecasts are less skilful than climatology in some regions and seasons.

GloFAS-Seasonal represents a first attempt at overcoming the challenges of producing and providing openly available seasonal hydro-meteorological forecast products. Future development of the system will aim to address the evaluation results and improve the forecast skill and reliability, while providing more features based on feedback from GloFAS partners and users.