The role of climate change in eastern Australia’s wild storms 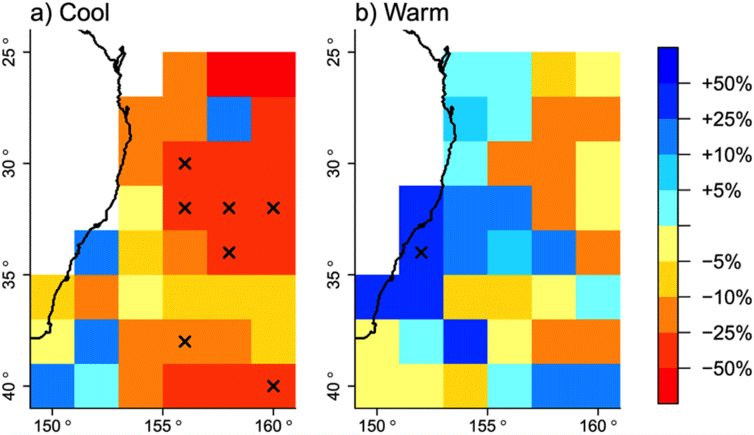 Australia’s east coast is recovering from a weekend of wild winds, waves and flooding, caused by a weather pattern known as an East Coast Low. Tragically, several people have died in flooding.

Parts of New South Wales have received more than 400mm of rain since Friday morning. Some places such as Canberra and Forster recorded their wettest June day on record. Waves have also caused severe coastal erosion and damaged property.

East Coast Lows are a type of low-pressure system or cyclone that occur on the Australian east coast. They are not uncommon, with about seven to eight lows a year causing widespread rainfall along the east coast, particularly during late autumn and winter. An East Coast Low in April last year caused similar damage.

But whenever they happen they raise the question: did climate change play a role?

Climate models suggest that the cyclones that move through the global mid-latitudes, around 30° to 50°S, are moving south. This is contributing to long-term declines in winter rainfall in southwestern Australia and parts of southeast Australia.

These models also suggest that the atmospheric conditions that help East Coast Lows form could decline by between 25% and 40% by the end of the century.

In recent work, my colleagues and I looked even more closely at how climate change will affect individual East Coast Lows.

Our results also found East Coast Lows are expected to become less frequent during the cool months May-October, which is when they currently happen most often.

But there is no clear picture of what will happen during the warm season. Some models even suggest East Coast Lows may become more frequent in the warmer months.

And increases are most likely for lows right next to the east coast – just the ones that have the biggest impacts where people live.

What about the big ones?

The results in the studies I talked about above are for all low-pressure systems near the coast – about 22 per year, on average.

But it’s the really severe ones that people want to know about, like the current event, or the storm that grounded tanker Pasha Bulker in Newcastle in June 2007.

These storms are much rarer, which makes it harder to figure out what will happen in the future. Most of the models we looked at had no significant change projected in the intensity of the most severe East Coast Low each year.

Finally, even though there may be fewer East Coast Lows, they are occurring in an environment with higher sea levels. This means that many more properties are vulnerable to storm surges and the impact of a given storm surge is that much worse.

Was it climate change?

While the frequency of cool-season East Coast Lows looks likely to decrease in the future, changes in the big ones are a lot less certain.

However, East Coast Lows are very variable in frequency and hard to predict. So far, there hasn’t been any clear trend in the last 50 years, although East Coast Lows may have been more frequent in the past.

So did climate change cause this weekend’s storms? No: these events, including intense ones, often occur at this time of year.

But it is harder to rule out climate change having any influence at all. For instance, what is the impact of higher sea levels on storm surges? And how much have record-warm sea temperatures contributed to rainfall and storm intensity?

We know that these factors will become more important as the climate system warms further – so as the clean-up begins, we should keep an eye on the future.