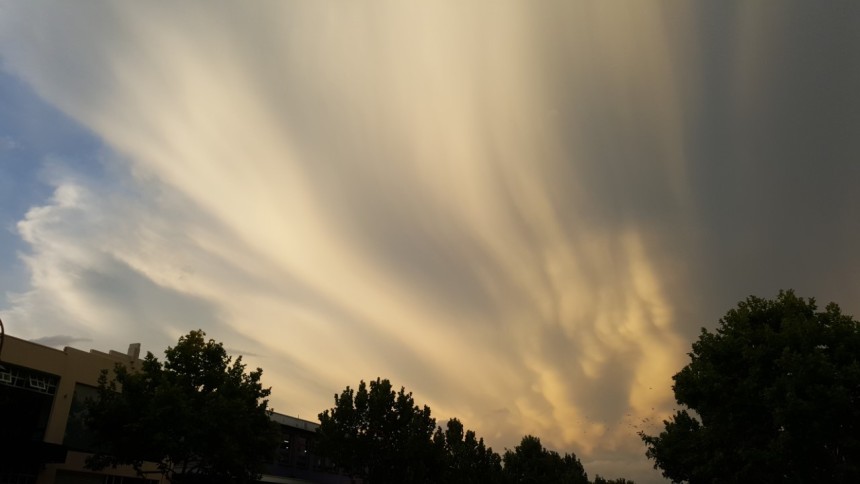 A highly politicised debate that tries to corner scientists will not do much to help rural communities struggling with the ongoing dry. But it is still worthwhile understanding the complexity of how climate change relates to drought.

So, why the contention?

It may seem like splitting hairs to focus on single words, but the reality is drought is complex, and broad definitive statements are difficult to make. Nevertheless, aspects of drought are linked with climate change. Let us try to give you a taste of the complexity.

First, it’s important to understand that drought is a manifestation of interactions between the atmosphere, ocean, and land. In Australia, the Bureau of Meteorology uses rainfall deficiencies to identify regions that are under drought conditions. Anyone on the land doesn’t need to be reminded, but the current drought is seriously bad. These maps show the patterns of rainfall deficiency over the past 36 and 18 months, highlighting the severity and extent of what we call meteorological drought.

But along with the main driver – low rainfall – droughts can also be exacerbated by water loss through evaporation. This depends not only on temperature but also humidity, wind speeds, and sunshine. Temperature will clearly continue to rise steadily almost everywhere. For the other factors, the future is not quite as clear.

Water loss also varies according to vegetation cover. Plants respond to higher carbon dioxide levels and drought by closing the tiny holes in their leaves (the stomata) and this can actually reduce water loss in wet environments. However, in water-stressed environments, projected long-term declines in rain may be compounded by plants using more water, further reducing streamflow. Actually, we can glean a lot from studying hydrological drought, which is measured by a period of low flow in rivers.

The point here is droughts are multidimensional, and can affect water supply on a wide range of spatial and temporal scales. A seasonal-scale drought that reduces soil moisture on a farm, and a decade-long drought that depletes reservoirs and groundwater supplies, can each be devastating, but in different ways.

Southern Australia, and in particular the southwest, has seen a rapid decline in winter rainfall and runoff that has been linked to climate change. In the southeast there has also been a substantial decline in winter rainfall and total runoff in recent decades. Although the reductions are consistent with climate change projections, the trend so far is harder to distinguish from the year-to-year variability.

There is some evidence to suggest that widespread and prolonged droughts, like the Millennium Drought, are worse than other droughts in past centuries, and may have been exacerbated by climate change.

But the role of climate change in extended drought periods is difficult to discern from normal variations in weather and climate. This is particularly true in Australia, which has a much more variable climate than many other parts of the world.

What does the future hold?

Climate models project increasing temperature across Australia and a continuing decline in cool-season rainfall over southern Australia over the next century. This will lead to more pressure on water supplies for agriculture, the environment, and cities such as Melbourne at the Paris Agreement’s target of 2℃, relative to the more ambitious target of 1.5℃ of global warming.

Rainfall is projected to become more extreme, with more intense rain events and fewer light rain days. Declining overall rainfall is predicted to reduce river flows in southeastern Australia. While we can expect the largest floods to increase with climate change, smaller floods are decreasing due to drier soils, and it is these smaller floods that top up our water supply systems.

We might not know enough about droughts to be certain about exactly how they will behave in the future, but this does not affect the message from the science community on climate change, which remains crystal clear.

Rainfall intensification, sea level rise, ocean acidification, hotter days, and longer and more intense heatwaves all point to the fact that climate change presents a major threat to Australia and the world.

In response to these threats, we need deep and sustained greenhouse gas emissions cuts and proactive adaptation to the inevitable effects of climate change. This includes a focus right now on the practical measures to help our rural communities who continue to feel the pinch of a dry landscape.