Bridging the gap between forecasters and operational hydrologists: an OzEWEX summer institute project How often do we assume that we understand the users’ needs, which may later be proven untrue? At the recent OzEWEX Australian Climate and Water Summer Institute – held in Canberra, Australia – we got the chance to bridge the gap between forecasters and operational hydrologists.

Fifteen of us were invited to the OzEWEX summer institute, which provides early career researchers the chance to see the current and emerging data and technologies in use within government departments. Following some initial intensive training, we were given the opportunity to use this technology in an innovative but practically useful way. 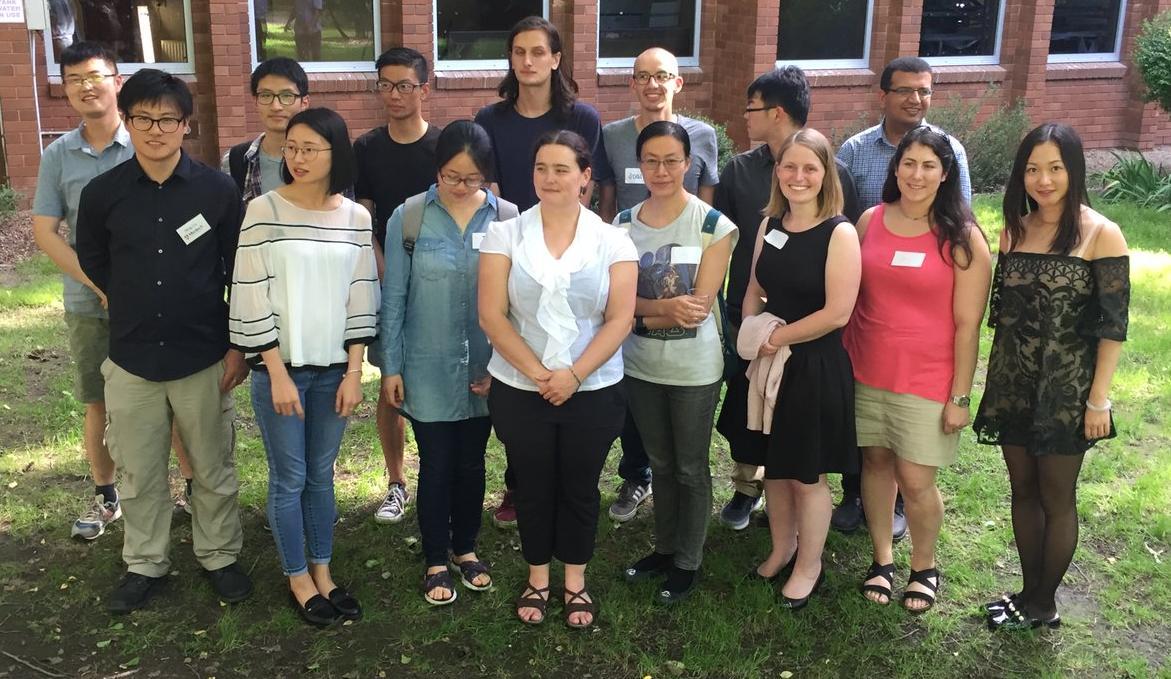 In the end, we landed a group of three to understand the forecast needs of river and storage operators. We felt that there are so many amazing datasets that it’s unnecessary to create more. Instead, we thought – how do we make existing data more useful to the people who are actually using it? What better way to do this, than going back to basics and defining our end users’ needs.

Discovery of user requirements was performed through an online survey. It was designed to gauge current usage and desirable additions or improvements, and capture associations with different demographics. To date we have received 29 responses throughout Australia – keeping in mind that there is only a small Australian population of river and storage operators. This was then supplemented by follow-up phone interviews and four focus groups.

Operators wanted to see three key areas of communication addressed. This consistently came up when speaking with operators, as they want to be better enabled to interpret hydro-meteorologic forecasts. Most critically being confidence in forecasts or prediction uncertainties.

Similarly, where multiple forecasts of the same hydro-meteorologic variable is available, they wanted to understand the differences between those estimates. This could also be addressed through an increased understanding of the skill or uncertainty of predictions.

Lastly, they wanted more information about the technique used to create the forecast. This finding was curious as information about the underlying techniques are all provided on the Bureau of Meteorology’s website. It might be more related to the level of understanding of the forecast methods, i.e. maybe it would be more appropriate to have simplified explanations with supporting media (videos, illustrations, etc.).

Communication is often seen as the biggest challenge for operators, however, additional nationally consistent forecasts were sought after. Although already in existence, operators wanted improved reliability for 7-day forecasts and beyond.

One dataset that several operators were particularly passionate about getting is an irrigation demand forecast. Amongst other things, these forecasts can predict the volume of irrigated water required in a catchment, valley or irrigation district. These predictions prove crucial to driving water efficiencies where there is ferocious competition and demand for this valuable resource. Others forecasts included potential and actual evapotranspiration, soil moisture and reservoir levels.

Users are the experts of their own craft, so it is important to understand the goals from their perspective and not our own. These results have suggested that although some additional datasets would be useful, increased communication around existing forecasts is key to increasing user trust (for river and storage operators at least). While not always appropriate, we encourage researchers to engage with end users’ to really understand their genuine needs.

Work continues on this project. However, initial results have already been presented to the Australian Bureau of Meteorology in the hope for future development. Furthermore, we intend to present further conclusions at the forthcoming Hydrology and Water Resources Symposium in Melbourne, Australia.