Can cities get smarter about extreme weather? Remember the movie “Moneyball”? The Oakland A’s are struggling, financially and on the baseball field. Then they introduce an innovative system for figuring out which players will improve team performance. Moving away from observations by scouts, the A’s begin to use advanced statistics to value players. With their new insights, the A’s acquire high-impact players for relatively little money. Within a season, they’re at the top of the game and so successful that within a few years the rest of the league has reorganized how they value players, too.

“Moneyball” highlights the power of innovative knowledge systems: creative new sets of tools and practices for collecting, analyzing and applying data to solving problems. All organizations depend on knowledge systems, but it’s not uncommon, over time, for the knowledge they generate to become stale and poorly adapted to changing contexts.

As researchers on resilience and sustainability of cities, we’ve found that unfortunately that has become the case for a number of cities. This is already causing problems: Outdated knowledge systems have exacerbated recent disasters and contributed to growing financial losses from extreme weather, which have exceeded US$110 billion in the U.S. this year alone.

Discussions around improving resilience and adaptation to extreme events often focus on upgrading infrastructure or building new infrastructure, such as bigger levees or flood walls. But cities also need new ways of knowing, evaluating and anticipating risk by updating their information systems.

Consider the use of 100-year or 500-year flood levels to guide urban planning and development. Using this framework, cities hope to prevent small floods while limiting the occurrence of catastrophic flooding.

Yet, the data behind this strategy are rapidly becoming obsolete. Weather statistics are now changing in many places. As a result, cities are experiencing repeat 500-year floods, sometimes multiple times, in a few decades or less. Yet cities continue to rely almost exclusively on historical data for projecting future risks.

The city of Houston, Texas, for example, has experienced a 167 percent increase in the intensity of heavy downpours between 2005-2014 as compared to 1950-1959. The 2017 Hurricane Harvey flood in Houston represented the third 500-year flood to occur in the past three years. Prior to Harvey, Harris County flood control managers downplayed the need to change their knowledge systems, arguing that the two prior flooding events were isolated events.

Cities need to better anticipate what would happen in the case of these types of unprecedented extreme weather events. The past few years have seen a growing number of record-breaking storms, droughts and other weather events.

The National Weather Service labeled Hurricane Harvey “unprecedented,” both for the rapidity of its intensification and the record levels of rainfall it dumped on Houston. Hurricane María hit San Juan as the third-strongest storm to make landfall in the U.S., based on air pressure measurements. Its rapid intensification surprised forecasters and presents yet another challenge to climate and weather models. 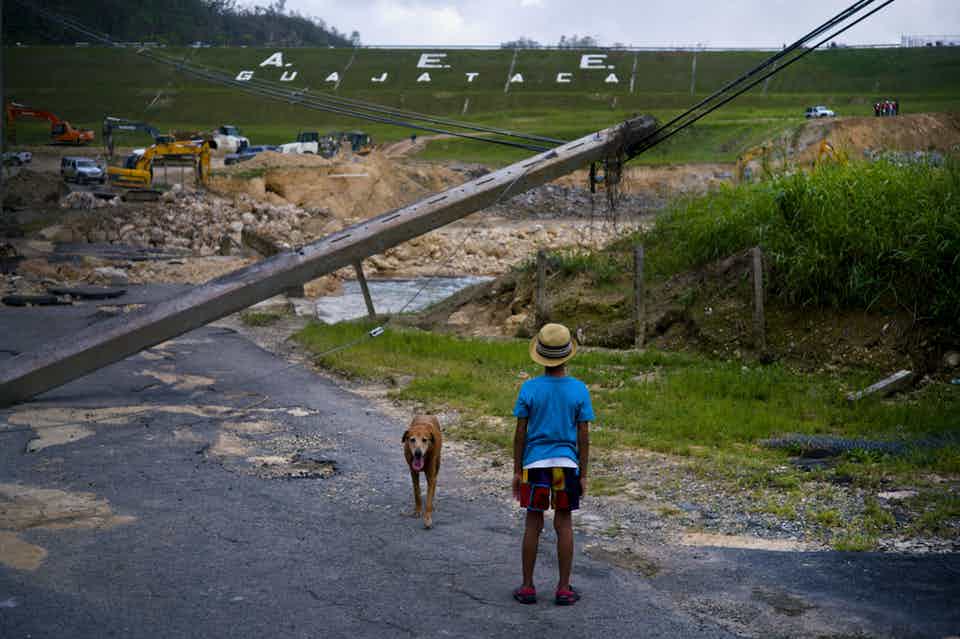 Hit hard by Hurricane Maria, Puerto Rico needs to rebuild infrastructure, such as this dam and its power grid. But it also needs to update the assumptions around extreme weather that go into planning and design. AP Photo/Ramon Espinosa

Record-breaking events like these cannot be made sense of using statistics grounded on the past frequency of occurrence. Not recognizing the growing risks from extreme weather is dangerous and costly if cities continue to create more buildings that are more expensive in increasingly vulnerable locations.

What’s needed are new and more creative ways to explore possible futures and their potential implications. One approach is to use climate or other predictive models. Such models are never perfect but can add important elements to discussions that can’t be gotten from historical data.

For instance, cities can look at projected sea level rise or storm surges and decide whether it makes economic sense to rebuild homes after damaging storms, or whether it’s better to compensate homeowners to move outside the flood zone.

Cities also need to upgrade their knowledge systems to anticipate risks in what are often called “design storms.” These are the anticipated future storms that people who design and build individual structures – from buildings to flood walls – are required to use in their designs as a minimum risk standard.

Cities need to seriously rethink their design storm standards if they are to fully understand and be comfortable with the future risks from extreme weather events to which their businesses and residents are being exposed. 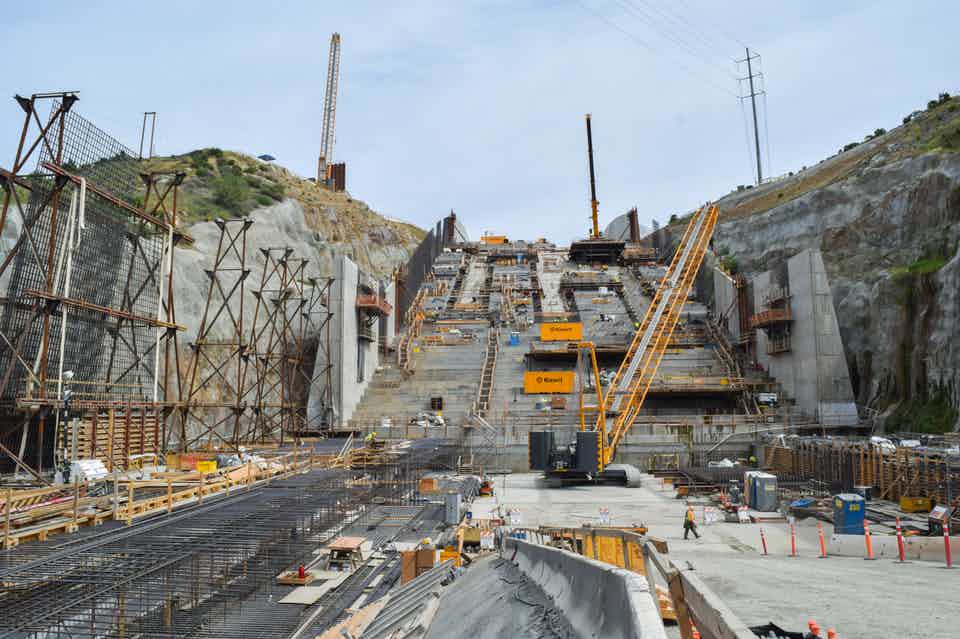 Municipalities invest heavily in infrastructure, such as this spillway in Sacramento, to guard against flooding and other extreme weather events, but their design models are lagging as the climate changes. U.S. Army Corps of Engineers

One final area for knowledge systems innovation in cities is risk inequalities.

It seems increasingly clear that cities like Houston, New York and New Orleans were poorly informed about how flooding risks would be distributed across communities within their cities, particularly communities of color and low-income communities.

This inattention to disproportionate risk raises several questions: Were the communities of these flood-prone cities aware of these risks and vulnerabilities? How much did city officials and developers know? How did their efforts exacerbate existing disparities? Did people making decisions about where to live understand the risks they faced?

The significance of knowledge systems for urban resilience extends beyond cities to national agencies and organizations. Sadly, the Trump administration decided in August to issue an executive order exempting federal agencies and public infrastructure projects from planning for sea level rise. Abolishing flood standards is a step backwards for fostering knowledge systems that enhance urban resilience.

Even if federal agencies choose to ignore sea level rise, we believe cities should pressure them to take it into account. In the end, it is the city and its people who are being put at risk, not the federal government. It is promising, for example, to see local and regional efforts like the Southeast Florida Regional Climate Compact coming to together to upgrade their resilience knowledge systems and advocate for desirable federal policies for climate adaptation.

What cities know and how they think are essential to whether cities can make better decisions. For over a century, cities have broadly approached knowledge about weather risks by collecting and averaging past weather data. Nature is now sending cities a simple message: That strategy won’t work anymore.