Darling River’s health likely to be downgraded in next audit Farmers along the Darling River are resorting to using sulphuric acid to counter high salt levels as attention turns to the quality of the water that remains in the drought-hit system.

One in three native fish species in the NSW section of the Murray Darling Basin is threatened with extinction, according to the State of Environment report released earlier this month. However, the situation is likely to be worse since the report was based on a 2017 audit of the system by the Basin Authority, before the massive fish kills of the past summer.

The 2017 audit described the Darling’s condition was described as “moderate”. Sampling during the winter months by fisheries would determine if the endangered status of native species has worsened since then, a spokeswoman for the Department of Primary Industries’ fisheries unit said. 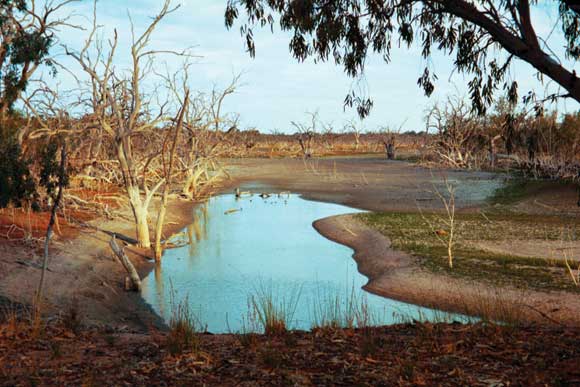 Residents are expecting the health of the river to be officially downgraded. “A few million fish killed here raises questions about the status being ‘moderate’,” said Graeme McCrabb, a resident of the far-western NSW town of Menindee.

Of the 15 basin rivers, three were rated as “extremely poor” – the Condamine-Culgoa, Macquarie and Castlereagh – with four others “very poor” and five more “poor” – and that was before the drought conditions intensified.

“This data paints a devastating picture of the appalling state of native fish populations across the entire Murray-Darling Basin,” said Kate Smolski, chief executive of the NSW Nature Conservation Council.

“Mismanagement and over-extraction for irrigation is clearly killing our inland rivers and driving native fish species towards extinction,” she said, adding that climate change would make things worse.

The spokeswoman for the Department of Primary Industries said the report highlighted the ongoing threats facing native fish “due to loss of habitat in-stream habitat, the proliferation of non-native species and regulation of rivers within the basin”.

The “moderate” health rating for the Darling was because of the “comparatively strong native fish population prior to the 2018-19 fish deaths”,  she said.

The report notes daily salinity levels in the river at Pooncarie downstream from Menindee have more than doubled between 2014 and 2017, compared with the previous decade that also included the Millennium Drought.

While noting that water with electrical conductivity less than 1,000 microsiemens per centimetre (µS/cm) – the standard salinity gauge  was “generally considered safe for agriculture”, Pooncarie’s average of 1051 μS/cm exceeded it.  At a peak reading, Wilcannia, also on the Darling, had reading above 6000 – before this drought.

While native fish can often coped with high salinity levels because parts of the Darling are fed by salty springs, farmers have to modify their operations.

Alan Whyte, a citrus grower on the Murray between Pooncarie and Wentworth, said the water he is drawing from the Darling has salinity “a bit above” 1000 μS/cm. This was not as bad as previous events when it was closer to 2500 but it still meant he had to apply 1000 litres of concentrated sulphuric acid a week to lower the alkaline levels of the water.

Adding the acid “literally stops the trees from taking up the salt”, Mr Whyte said.

While the nation’s attention was drawn to the mass fish kills that were triggered by low oxygen levels in the stagnant water, Mr Whyte said he and other farmers continue to struggle to get water quality measures added to the operating rules for managing the basin’s rivers.

“This is a serious issue in how you manage a river,” he said. “You would have thought [water quality targets were] self-evident.”

Some help for native fish is on the way whichever major party forms federal government from Saturday’s election. Both Labor and the Coalition have promised $5 million to support a hatchery at Menindee.

Originally published by The Sydney Morning Herald, 19 May 2019.