A large foreign-owned mine planned for prime agricultural land in the NSW Hunter Valley could cause the Bylong River and local creeks to “dry up”, according to an assessment by the NSW Water Office obtained under freedom of information laws.

A series of stark warnings from government water experts, including that the mine would salinate the aquifer beyond limits of current policy for at least a century, appear to have either not been communicated to the Department of Planning and Environment, or ignored by it, because the project has been recommended to proceed.

The documents were requested under NSW FOI laws by a company owned by the family of disgraced former Labor power-broker Eddie Obeid, but made their way to anti-coal group Lock The Gate.

The company, Locaway Pty Ltd, owns a farm in the Bylong Valley, which has the largest water entitlement in the area.

That water entitlement was itself also the subject of investigations by the Independent Commission Against Corruption (ICAC), after it heard Eddie Obeid senior, then a member of the NSW Upper House, had called bureaucrats in relation to their allocation of water.

The company said it sought the documents in order to protect those water entitlements.

Local residents and Lock The Gate said regardless of their origin, the documents showed the Department of Planning should reject the mining application.

“We would like to see it not to go ahead. It’s just crazy really,” Warwick Pearse, a local farmer who is part of the Bylong Valley Protection Alliance, said.

South Korean company Kepco is planning to build a series of open-cut and underground mines, to produce up to 6.5 million tonnes of coal each year for export to Korea for electricity generation.

The company claimed the project would directly employ an average of about 290 people over the life of the mine.

In order to get the licences for the amount of water needed to run the mine, Kepco had to buy up thousands of hectares of land.

Among its purchases were historic homes, thoroughbred studs, strategic farmland and the local school.

Locals said those purchases left the community as a shadow of its former self, with many residents leaving the area.

They also quelled any opposition to the mine, with the purchases reportedly including gag-clauses. 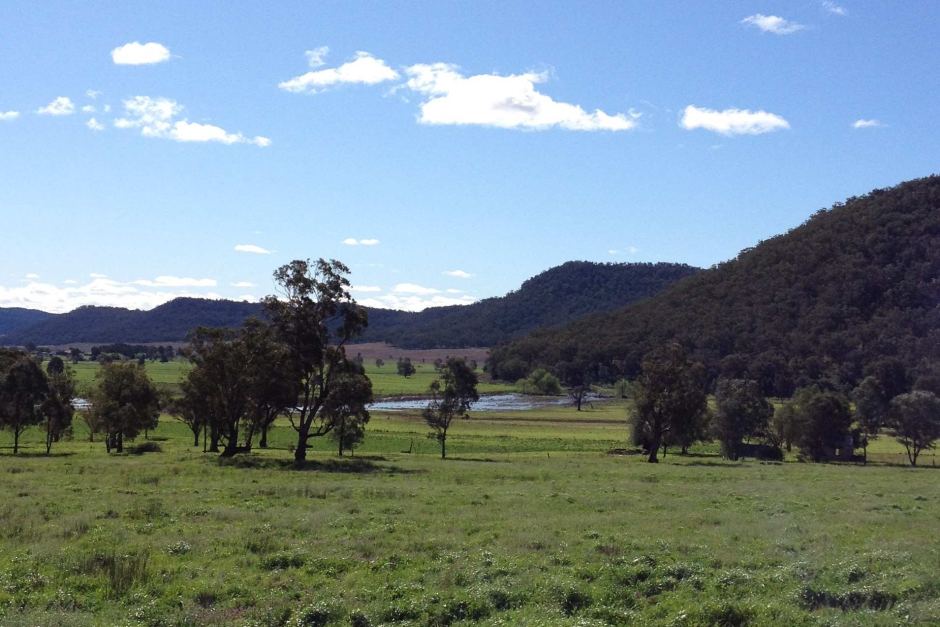 PHOTO: The Bylong River in the upper Hunter Valley could be threatened by planned mining operations in the region.(Supplied: Lock the Gate)

Advice to department: ‘Sections of river would cease to flow’

The NSW Office of Water was previously in the Department of Primary Industry, but was moved to the Department of Industry following an inquiry triggered by ABC Four Corners program on allegations of water theft in the Murray Darling river system.

The flow of information between the NSW Water Office and the Department of Planning and the attention the department paid to the expert advice is what is being questioned.

Documents from the NSW Office of Water suggest if Kepco uses all the water it is licensed to, the river could “dry up”.

But in recommending the mine be approved, the Department of Planning said Kepco’s water modelling was peer-reviewed by experts, including the NSW Water Office.

A spokesman for Kepco told the ABC the Department of Planning had “confirmed the veracity of the technical work” the company had provided and that the creeks and streams within the project’s catchment “currently regularly experience zero flow”.

The Department of Planning concluded the project was “unlikely to significantly affect groundwater and surface water resources, water users or the environment”.

But that conclusion was in stark contrast to advice the NSW Water Office provided to the Department of Planning, revealed in the documents.

Emails between NSW Water Office staff noted all modelled scenarios “would potentially result in significant sections of the Bylong River ceasing to flow” and identified the drying-up of the river and surrounding creeks as “the main risk to the environment”.

Even though documents reveal the NSW Water Office had information the river and surrounding creeks could “dry up”, it was not mentioned in the submission to the Department of Planning.

It also did not mention the specific salinity issues raised by Kepco.

A spokeswoman for the Department of Industry said the project was subject to a lengthy assessment process and there were “multiple stages that allow for issues raised to be addressed”.

The Department of Planning said in finalising its assessment it would “consider all relevant information and advice including the most up to date advice from NSW Land and Water against applicable NSW Government policy relating to all potential impacts, including water resources”.

PHOTO: The Bylong Valley as seen from the air. (Supplied: Lock the Gate)

The Department of Planning also stated “groundwater quality is not expected to be significantly affected, given the relatively modest salinities of overburden and waste materials”.

However, minutes of a meeting between Kepco’s consultants and the NSW Water Office revealed there could be an 11 per cent increase of salinity in the groundwater, which it noted was “greater than the Aquifer Interference Policy threshold” for 100 years after mining ceased.

“These documents show that the impact of the Bylong coal mine on the water on the Bylong Valley have been underestimated by the Department of Planning quite dramatically,” she said.

Obeid company to do ‘all things legally available’

The Obeids declined requests for an interview, but lawyers representing their company said they were seeking “to do all things legally available to protect the 865 megalitres of [water] licenses” attached to their Cherrydale Park property.

The statement said the documents showed Kepco’s mine would likely not have enough water for their own operations, let alone to supply other properties with water too.

“It will not be physically possible as Kepco Bylong will pump the aquifer dry,” the statement said.

“Locaway also questions whether these documents were provided to the Planning Assessment Commission when it conducted a review and public hearing in relation to the Bylong Coal Project in May 2017.

“Locaway will continue to do all things legally available to it in order to protect its property and water rights.”

The Obeid’s had themselves sought to develop the Mt Penny coal mine in the area, but that was scuttled following corruption findings by ICAC.

PHOTO: Properties in the Bylong Valley were part of ICAC investigations into alleged corruption in the former NSW government. (AAP: Tracey Nearmy)
Original article published in ABC, 14 May 2018 (link)