Two types of La Niña and only one brings rain While Australia often gets less rain during El Niño conditions, the effect of La Niña conditions is less clear cut. New research has found why.

The El Niño Southern Oscillation (ENSO) is the strongest ocean-atmospheric coupled mode over the tropical Pacific Ocean, causing an inter-annual oscillation in the climate system between El Niño – bringing warmer water to the surface – and La Niña – bringing cooler water. This oscillation affects weather world-wide and is a strong influence on Australia’s rainfall, with La Niñas sometimes but not always leading to increased rainfall. A new study by a Chinese team of scientists led by Linye Song explains why. They show that La Niña events can be separated into two broad categories: a Central Pacific (CP) and an Eastern Pacific (EP) type. It appears that Australian summer rainfall is only significantly impacted by CP La Niña events. 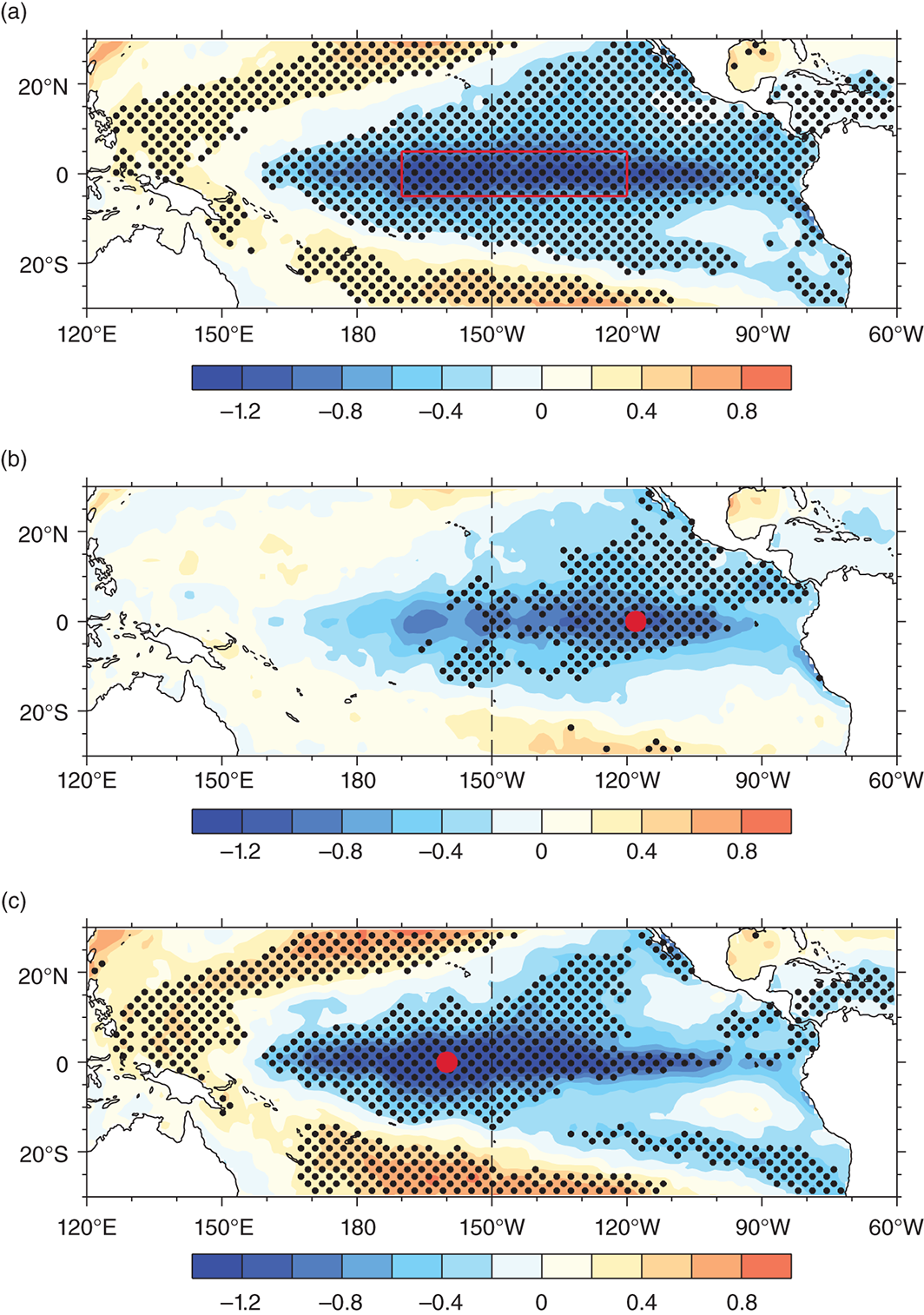 Composites of SST anomalies (°C) in the tropical Pacific during DJF for (a) all La Niña, (b) EP La Niña and (c) CP La Niña.

“Previous studies generally demonstrated that rainfall in Australia tends to be below normal during El Niño events and above average during La Niña events,” explains Dr Shangfeng Chen of the China Meteorological Administration.

Their findings suggest it is important to classify La Niña events into different types when predicting Australian summer rainfall.