Thousands of trees killed by drought and extreme heatwaves A study has found more than 25 per cent of trees across 7000 hectares of jarrah forest in the Perth Hills, Western Australia have died after the drought and heatwaves experienced in 2010-11.

Similar numbers of trees died in arid areas of Queensland in response to the 2003-07 drought, and there are similar reports from around the world

“Obviously the larger trees need more water, and with drought the big problem is the lack of water. So those trees are the obviously the ones to feel the pinch first,” he said.

“But also in the understorey we saw that banksias were also affected.”

Dr Brouwers said the death of trees also was having an impact on native wildlife.

“There is some evidence that it affects the Australian glossy black cockatoo in eastern Australia,” he said.

“What was found was that the food sources were limited, so the sheoaks produced less fruit for this particular species so they basically produced less offspring.

“Simply because they didn’t have enough food to support their chicks, and that was in direct relation to a drought.” 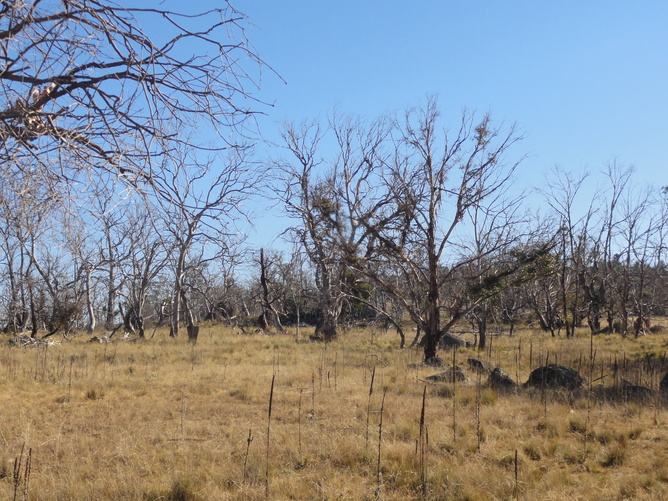 “After a drought, forests start emitting carbon dioxide instead of absorbing it,” he said.

“So that’s definitely something that we should be worried about because obviously when there’s more drought happening this situation might occur.

Asked if there was any hope of trees adapting to lower rainfall and higher temperatures, Dr Brouwers said there was continuous monitoring to see how local vegetation was adapting.

“We hope that they will have the capability of adapting,” he said.

“But it’s all so rapid and the speed of it all is the biggest challenge and the biggest problem, specifically for trees and plants because they live longer and need more time to go from one place to another.”