Australian native plants show that leaf traits can be predicted from the growth environment, but that models should incorporate intra-specific variation.

Vegetation models are used to help us understand observed vegetation patterns across the world and the underlying processes by which carbon, water and energy are exchanged between the land and the atmosphere. Two of the key processes of interest for such models are photosynthesis, by which plants absorb light energy to make carbohydrate, and respiration whereby, like us, the plant consumes ready-stored energy. Different versions of these vegetation models have been proposed, but they all must contend with the huge diversity of plant species around the world.

For 80 native Australian plant species, we studied the range of values and inter-relationships for photosynthetic capacity, rates of respiration, leaf chemistry and morphology. This work utilised open-access research infrastructure provided by TERN, Australia’s land ecosystem observatory. Field measurements were carried out at multiple TERN sites and combined with environmental data collected by the sites’ flux towers to facilitate research on plant and ecosystem function.

We found that acclimation of photosynthesis to altered growth temperatures (a natural process that may dampen the type of short-term response observed in the greenhouse) was far from universal and that leaf traits differed widely in the source of observed variation. For the metabolic traits of photosynthesis and respiration, variation within species was more important than differences between species.

Of course, carbon is not the sole consideration for the plant. Securing and maintaining simultaneous supplies of carbon and water to the leaves can be a major challenge – especially under arid conditions. CO2 enters the leaf through tiny pores in the epidermis, stomata. But their aperture must be controlled by the plant, because this is also the route by which water escapes through transpiration. The ratio of leaf internal to ambient CO2 (Ci/Ca) is modulated by stomatal conductance and these two quantities link carbon assimilation with transpiration. 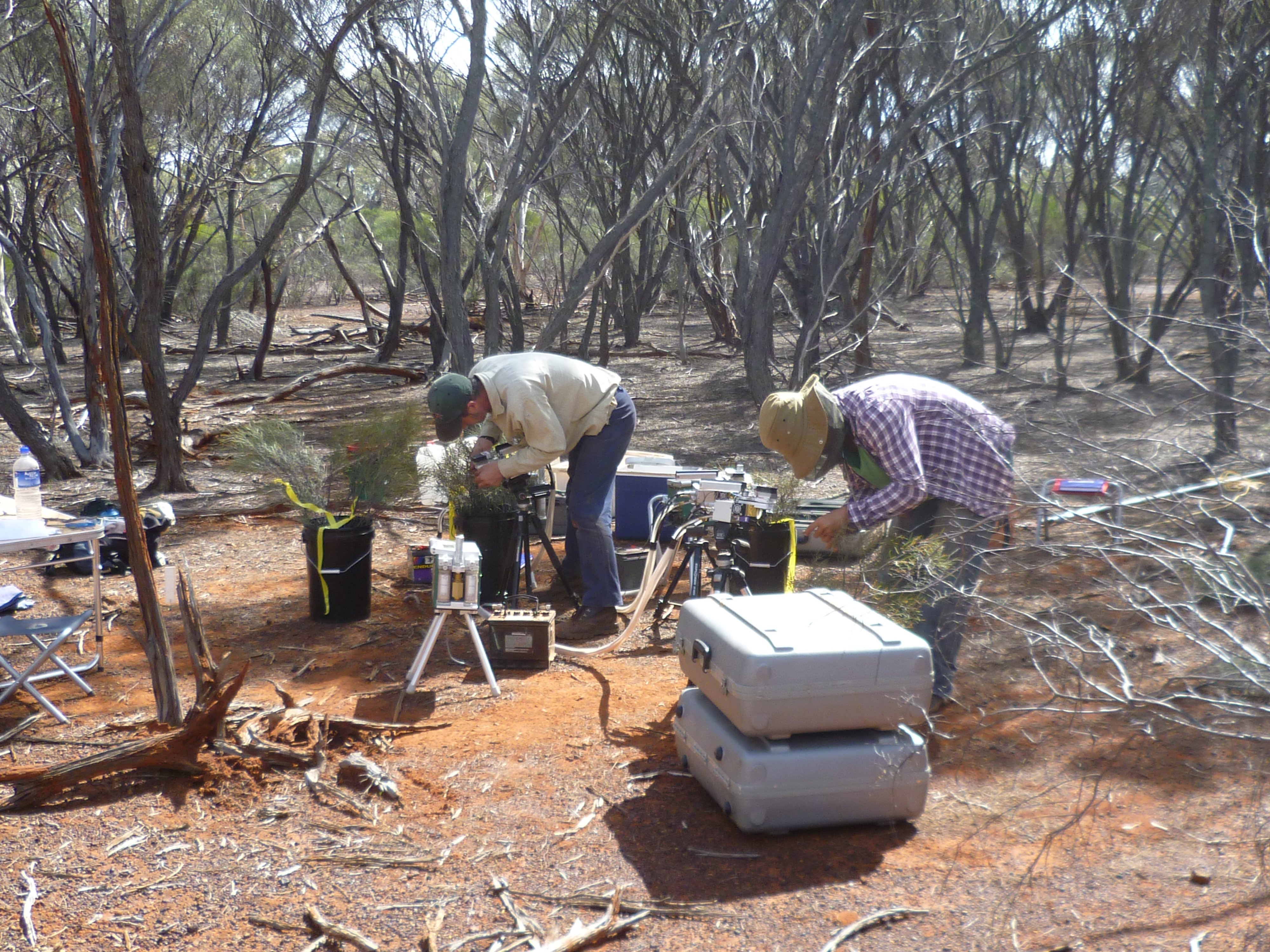 In a companion paper, and using a subset of these same ‘site : species: season’ combinations, we next used optimisation criteria based on the plants’ growth environment to generate predicted values of photosynthetic and water-use efficiency traits.

Values of Ci/Ca predicted from growth temperature and vapour pressure deficit were closely correlated to ratios derived independently from carbon isotope measurements and the correlations were stronger in the growing season. [In the process of carbon assimilation, C3 plants discriminate against the heavier isotope and so are depleted in 13C relative to accepted benchmarks – this discrimination then provides a proxy for stomatal behaviour and water efficiency.] Predicted values of photosynthetic traits derived from 13C discrimination, growth temperature and solar radiation, showed meaningful agreement with values obtained from gas-exchange measurements.

These results, in turn, support the general hypothesis that many key parameters required by Earth system models are adaptive and predictable from plants’ growth environments.