The Bureau’s Water in Australia 2015–16 report shows that reserves in storages declined by seven per cent during the 2015–16 year. Despite annual rainfall being near average, it fell at the wrong time of year in many areas so reserves were drawn down. 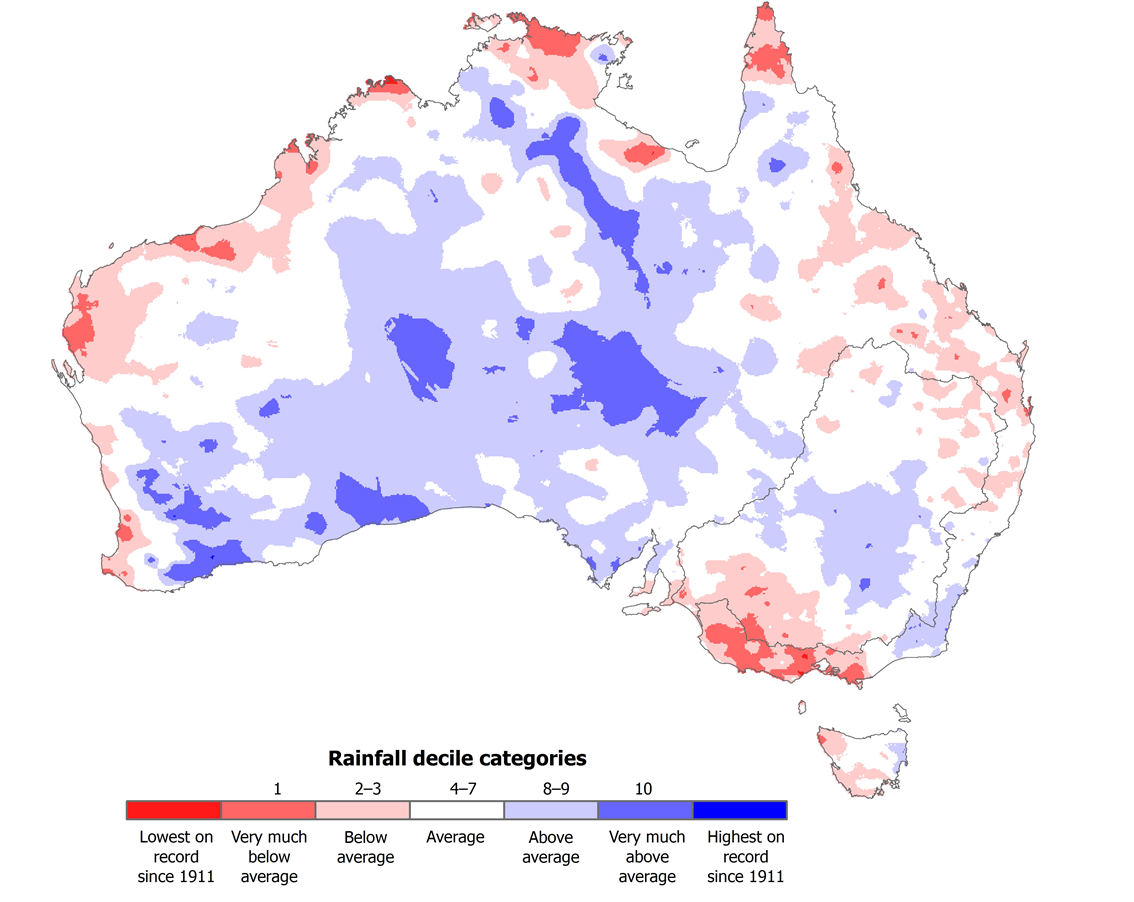 Annual rainfall conditions in 2015–16
A lack of consistent rainfall throughout the year meant that average to lower-than-average streamflows were dominant across Australia for the first eleven months of the reporting year.

National streamflow conditions in 2015–16 by month
Lower-than-average rainfall in many of the agricultural centres during the growing season resulted in high water use. With lower-than-average streamflows during the early months of 2015–16, many rural storage volumes experienced a strong decline. Their combined national volume at the end of April 2016 was 24 per cent of capacity.
With high rainfalls in the 2016 winter, rural storages received a surge in inflows. At the end of June 2016, the combined national storage volume was 52 per cent of capacity—seven percentage points below the 59 per cent of capacity recorded at the start of the year.
As streamflows in the areas where most urban centres are located were generally below the long-term mean, the combined storage volume of urban systems declined from 81 per cent of capacity at 30 June 2015 to 75 per cent at 30 June 2016.
Find the full report, summary and high resolution images here
Access more interactive, localised detail from Regional Water Information
Photo: Cardinia Reservoir, Victoria. Source: tsvibrav, iStock Photo
Original article posted on enGauce, Ocotber 2017 (link)